The other day, my seven-year-old daughter informed me that murder was bad. Perplexed by her strange remark that seemed to have come from nowhere, I questioned her until I learned that she had caught far too much of the news. The globe is flush with conflict, famine, war, and disease. I personally have a hard time watching the news without being left with an overwhelming sense of hopelessness. The unrest and anger across the globe and here in the US is palpable, leaving a sadness in my heart.

However, today, while up in my oldest daughter's room, I found this note she had written, unprompted, and it sparked a hope for peace inside that I hadn't felt for a long time. 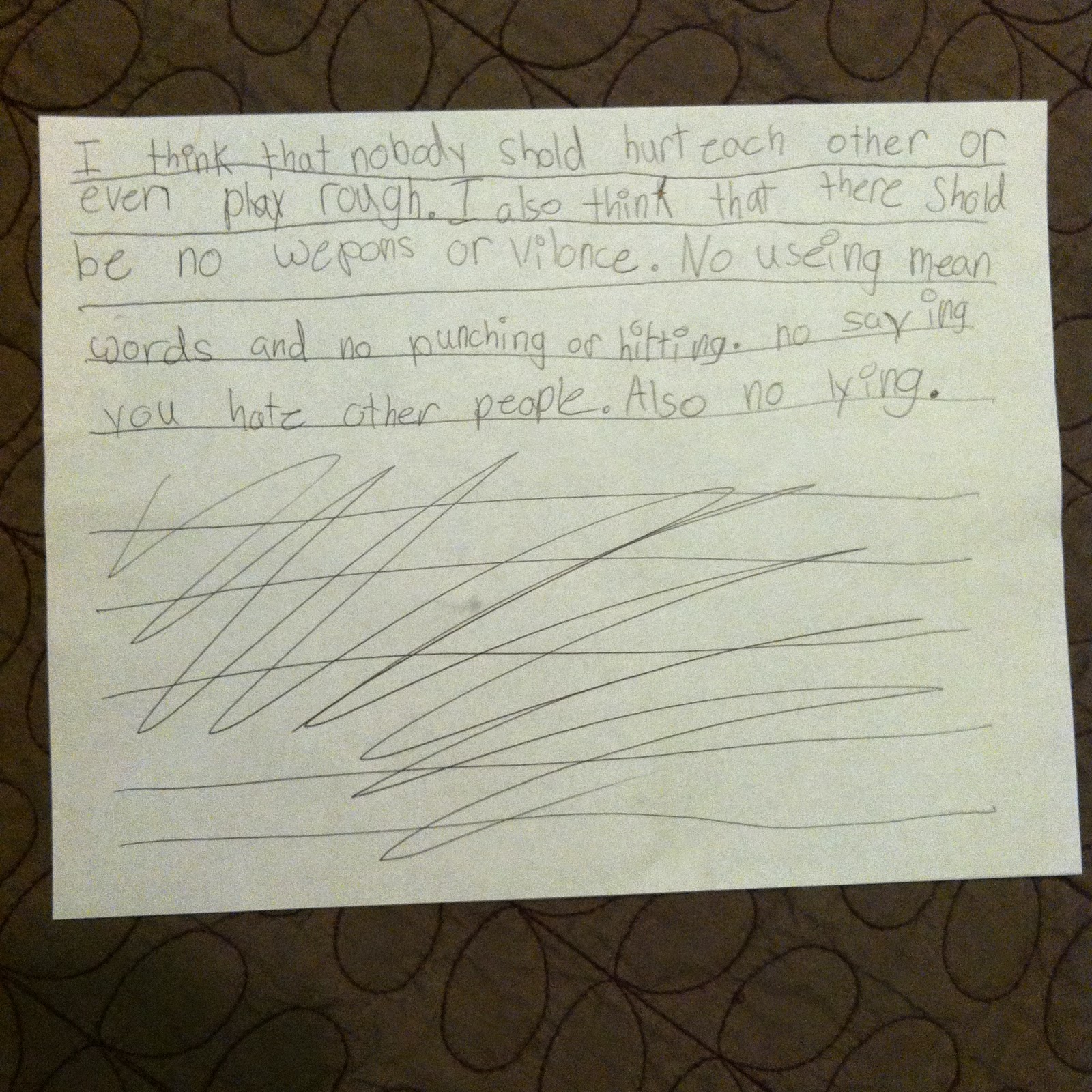 One of the main reasons I started this blog was to consciously choose the best books to share with my daughters in the hopes of making them better people, kinder people, empathic people. I want to look back at the time we have spent reading together and know that it fostered meaningful discussions about life that I may never have broached had we not read a certain book. For this reason, given all that is in the news, I have decided to read 30 books that in some way promote peace. This challenge will be a weekly post where I share the books connected with peace that we have read. In the end, I hope that I will have compiled a dynamic list of children's picture books that challenge a parent to talk about all the aspects and meanings of the word "PEACE" with their children. But more than that, I hope that the discussion will lead to visions of hope and action towards a more peaceful planet. 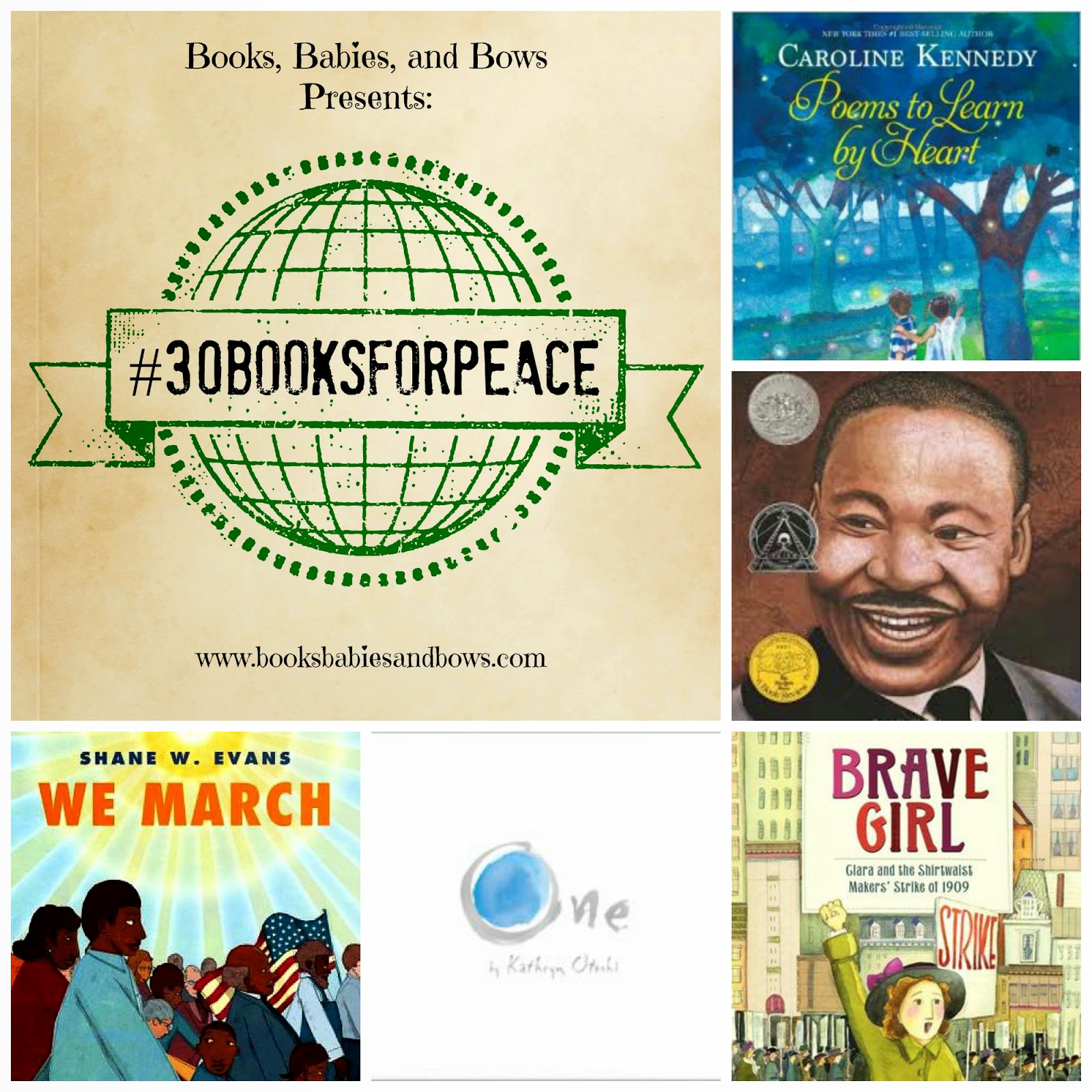 So, without further ado, here are our first five books for peace:

1. Poems to Learn by Heart

by Caroline Kennedy with paintings by Jon J. Muth.

This may seem like an unconventional first choice for books about peace- it is just a collection of poems. However, I have found that it is easiest to broach the most complex subjects with poetry This collection of poems, compiled by Caroline Kennedy, covers a broad selection of subjects, allowing the reader to select the perfect poem for each moment in life. The illustrations are breathtaking and unobtrusive, allowing the poems to shine on the page. For this moment in time, I choose a very simple but masterful poem by Janet S. Wong. In her poem Liberty, we are challenge to take that first step towards peace: acceptance of different views. 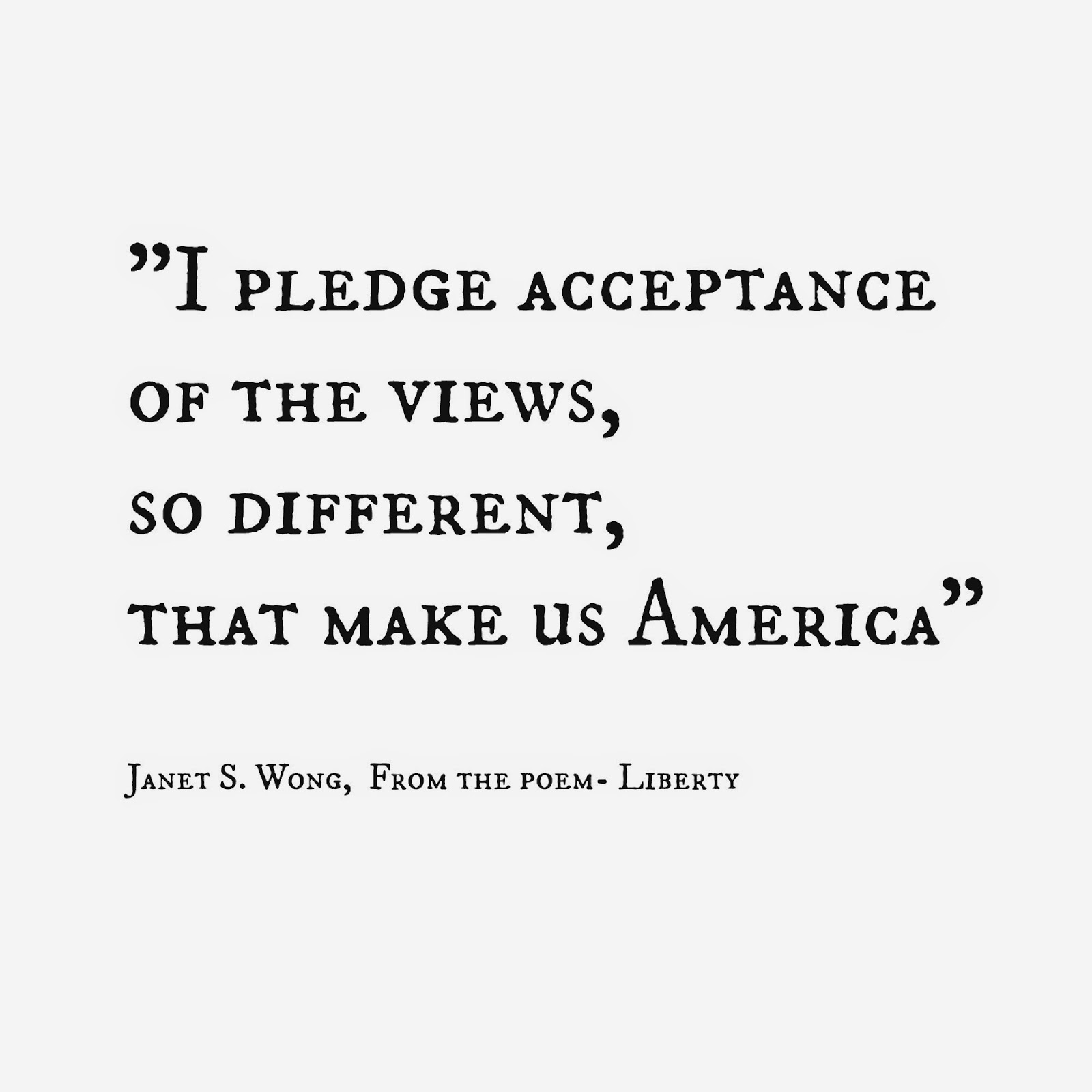 by Shane W. Evans. We just borrowed this book from the library on our last trip, and I am so thankful that we did. The beauty of this book is the sparse use of words that keeps my rambunctious two-year-old listening.

The book describes one child's journey to participate in the March on Washington for jobs and freedom that took place on August 28, 1963 at the nation's capitol. More than 250,000 people participated in this peaceful march, where Martin Luther King Jr. delivered his "I Have a Dream" speech. The illustrations are striking and the words perfectly convey a concise message of justice, freedom, and hope.

by Doreen Rappaport and illustrated by Bryan Collier. This is the second time I have blogged about this book. I purchased this book while visiting the Martin Luther King Jr. Memorial in Washington, DC. Unlike many autobiographical books that are only read once, this book calls you to read it again and again. Bryan Collier does a masterful job creating pictures that pull you into the moment, while Doreen Rappaport carefully framed a story of Dr. King's life around his amazing words. My oldest daughter loves the honesty and bluntness with which the author uses Dr. King's words to address issues of race.

4. Brave Girl: Clara and the Shirtwaist Makers' Strike of 1909

by Michelle Markel and illustrated by Melissa Sweet. I choose this book as the fourth book to read for this series because it displays another perspective of peaceful protests from an event that most individuals know little to nothing about. I think it is important that my daughters grow up learning about all types of injustice and action towards peace and a better world. This book tells the story of Clara, a young immigrant, who dreams  of a better life in New York, only to find herself locked inside a factory working in horrendous conditions. She organizes and unites with her fellow workers to stand up for their right to fair wages and humane working conditions. I also wrote about this book in one of my first posts on this blog. The story and illustrations in this book are breathtaking. Did you know that 146 women lost their lives in a fire at one of these shirtwaist factories (The Triangle Shirtwaist Factory) spurring the creation of fire safety codes? Can you imagine the grit it took to peacefully strike as a young immigrant woman, standing up to an entire industry? But, what I think is so amazing, is watching my daughter make the connection that Dr. King was killed participating in a strike with garbage collectors, who were demanding better working conditions, and Clara was jailed 17 times and had six ribs broken while peacefully protesting.

by Kathryn Otoshi. A beautiful tale of the quiet color blue getting bullied by the hot headed color red until "one" stands up and says no to the bullying. The message is clear, though the images are just colored dots, that it only takes one person to stand up for someone else and be counted. The attraction of the book is that it doesn't directly confront any specific instances of injustice, which the other books do contain sensitive subject material. Because of this ambiguity, it allows the book to be applied to almost any situation where someone is being bullied, while at the same time giving younger readers the opportunity to listen without potentially being exposed to sensitive material.

Check in next week to see which books we will be adding to our #30booksforpeace.


FTC Required Disclosure:This site is an Amazon affiliate, if you make a purchase using the Amazon links on this site, a small portion goes to Books, Babies, and Bows (at no cost to you!). Thank you for your support!
Posted by Unknown at 9:10 PM